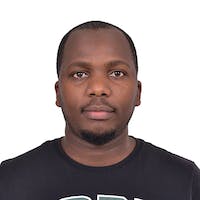 Optional is a (generic) type that is used to represent the presence or absence of a value. Here's its declaration:

I've left out some method definitions in the type such as map, flatMap etc along with a couple of its extensions.

@frozen is a Swift attribute that guarantees no further cases will be added (removed or reordered) on the enum declaration (This facilitates some compiler optimizations and allows a user to perform an exhaustive matching on the cases with no need for a default/'unknown' case check. For more info, check out this and this Swift Evolution proposal). Wrapped is the generic type to be wrapped by the Optional. ExpressibleByNilLiteral conformance denotes that this type that can be initialized using the nil literal, nil.

Before continuing with our discussion, it's important to mention that the Optional type gets some extra compiler love:

These and many other nifty 'tricks' make working with Optional beautiful in Swift.

Being a generic, Optional can thus be over any type including another Optional something like Optional<Optional<String>> aka String??.

Take an example of the following declaration. What's the type of languages?

A quick glance would yield an assumption of Array<Any> but on closer inspection, we note that it's intuitive for the compiler to infer Array<Optional<String>> aka Array<String?> of which it does.

Now you've got it. It's a Optional<Optional<String>>.

Therefore, in the snippet below, you need to be aware that print is working with an Optional<String> (from reasons mentioned so far).

In many cases, the compiler will emit warnings and offer fixes such as:

or subtle ones like the following (NB: self.deserializeEntity(from:) returns a T?):

Anyways. You get the idea. 🙈